What are the main ocular diseases in exotic animals?

Conjunctivits caused by various agents including Distemper are common in ferrets. Cataracts are also observed quite often in ferrets and, like in dogs and cats, cataract surgery is possible in this species. Retinal degeneration has also been reported in ferrets. (Picture : Cataract in ferret)

An infection of an accessory lacrymal gland , called the Harder gland , is known in rats and a reddish ocular discharge is observed and stains the hair when it happens…Stress, husbandry issues, lack of water or amino acids are a few of the causes of this diseases. Conjunctivitis is really frequent is rats and mice and many factors may be involved.

Severe Ocular discharge either aqueous or purulent is frequent in rabbit. It is mainly an affection of the naso-lacrymal system when there is a chronic inflammation of the sinuses, conjunctivitis and a tooth abscess. It is possible to treat this condition especially if the cause is known. However, in some cases , it is impossible to resolve completely the issue. Inflammation of the conjunctiva and of the eyelids are quite frequent in rabbits and an infectious (virus or bacteria) or parasitic cause is often involved. Corneal ulcers (wound of the cornea, the front transparent part of the eye) are frequent in rabbits. The treatments can be medical and|or surgical. Indolent corneal ulcers are seen in the rabbit: it is an ulcer that does not get worse but does not heal. Inflammation within the eye , called uveitis , is also reported in rabbit and many causes have been found ( corneal ulcers, cataract as well as a parasite ,Encephalitozoon cuniculi that causes neurological signs in addition to the uveitis. Caratacts in a rabbit can be operated like in other species.

Inflammation of the lacrymal duct (dacryocystitis)

Inflammation of the eyelids (blepharitis)

Corneal ulcer (with the yellow stain)

Uveitis (inflammation in the eye) with an abscess in the eye due to a parasite of the rabbit: Encephalitozoon cuniculi

Uveitis (inflammation in the eye) with an abscess in the eye due to a parasite of the rabbit: Encephalitozoon cuniculi

Inflammation of the eyelids or the conjunctiva is frequent in Reptiles and various causes such as infection (bacteria, viruses), parasitic infestation, nutrition imbalance (such as vitamin A deficiency in aquatic turtles that causes severe inflammation of the eyelids and conjunctiva with purulent discharge) have been reported. Snakes do not have eyelids but they have a transparent layer, called a spectacle that covers and protects the cornea (which is the transparent windshield of the eye). Sometimes the spectacle does not fall when the animal sheds (ecdysis cycles) and there is an accumulation of retained dry tissue over the cornea. It is possible to remove them cautiously. Formation of an abscess between the cornea and the spectacle can also be observed (the spectacle loses its transparency and becomes yellowish). The origin of this abscess can be traumatic or an ascending infection coming from the lachrymal ducts. These abscesses can be treated by drainage and the use of antibiotics but they can be difficult to treat.

Conjunctivitis is very frequent in birds: the origin can be traumatic (from scratching), infectious (bacteria, viruses), parasitic (Thelazia), and nutritional (deficiency in vitamin A). Inflammation of the cornea (keratitis) can be associated with conjunctivitis. Cataract are also observed in birds. 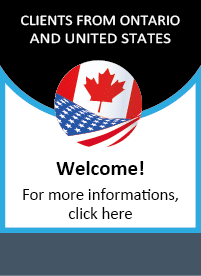